2021 saw the movement to protect and improve our rivers grow faster than ever before - and that’s thanks to you. 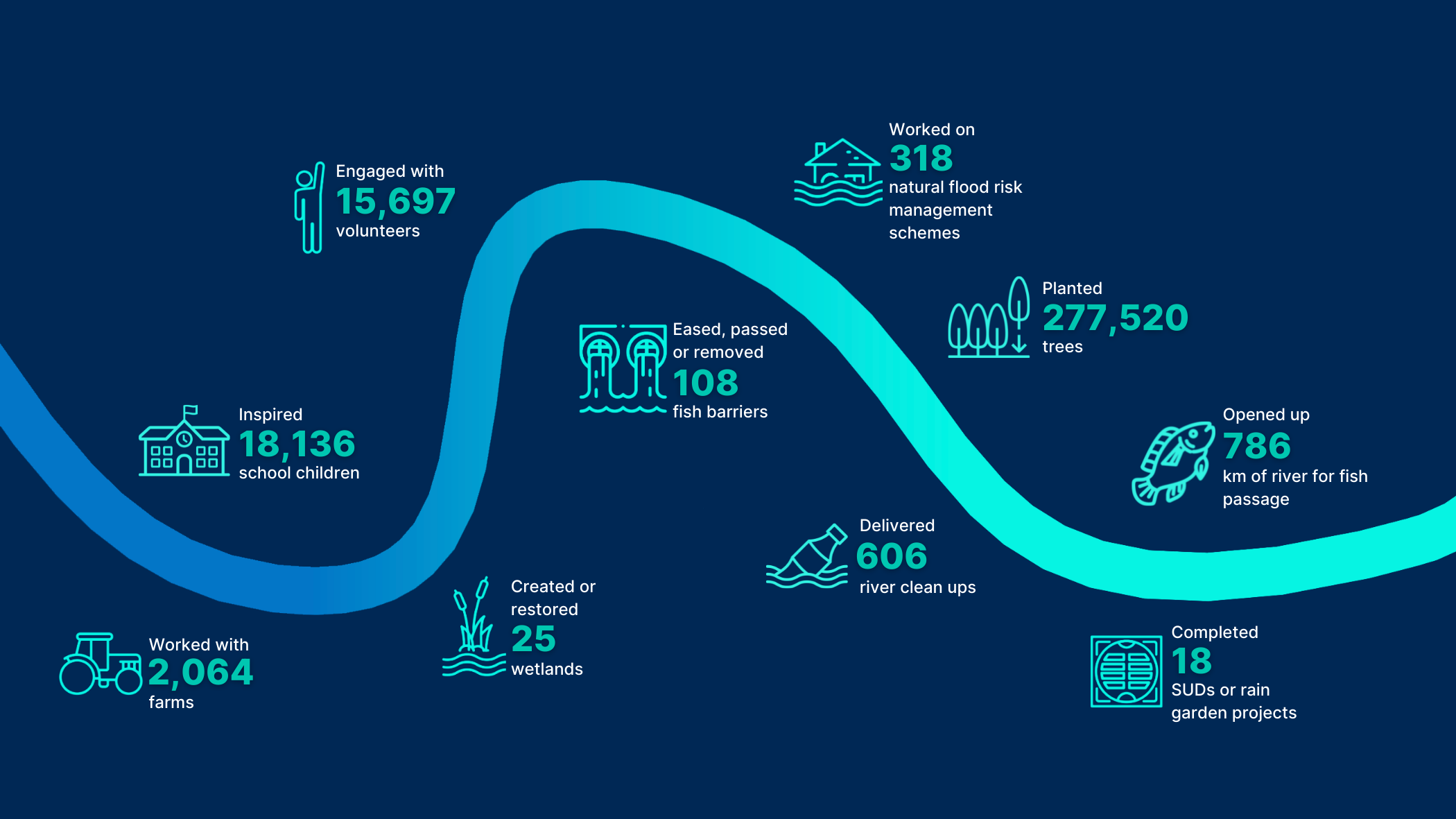 Over the past year, supporters like yourself have caused an explosion in public interest surrounding river health. As a result, we’ve seen a huge amount of media interest, covering the manifold issues facing our rivers; shifts in policy, drawing us closer to a future where rivers are protected from harm; and more people than ever developing a close bond with their local river.

At the same time, our fantastic member Trusts have been fighting on the front line of river restoration. They achieved some fantastic things in 2021 - engaging with over 15,000 volunteers, delivering over 600 river clean ups, and planting 277,000 (!) trees.

The numbers are impressive, but they don’t quite capture the on-the-ground, grassroots, wet boots approach our Trusts take. As a snapshot into the fascinating work which takes place across our movement, we’ve curated a few of our favourite case studies from 2021. Here’s a taster:

Feeling inspired? Read the full review below, or donate to support our work.