The Rivers Trust movement has grown rapidly over the past 27 years, with annual revenues of nearly £25million and over 400 professional staff delivering improvements to rivers and their catchment areas for the benefit of local communities and wildlife.

Arlin, who is also a smallholder on Bodmin Moor in Cornwall, worked closely with the poet Ted Hughes and other keen anglers in the West Country to seek charitable status for the Westcountry Rivers Trust in the early 1990s, with a strong emphasis on the ecosystem approach to managing rivers, combining the best possible science with on-the-ground delivery. Arlin worked closely with Ian Gregg, owner of high street bakers Greggs, who was instrumental in the formation of the Association of Rivers Trusts and remains the President of The Rivers Trust to this day.

Arlin stepped down as Chief Executive of The Rivers Trust in September 2019, but remains as a senior policy advisor on a part time basis and continues to chair the Catchment Based Approach National Support Group, which oversees the 105 Catchment Partnerships set up since 2011 to bring together a coalition of organisations with the willingness and ability to revive rivers.

Mark Lloyd, current Chief Executive of The Rivers Trust, said: “I was absolutely delighted that Arlin’s fantastic achievements and dedication to the cause over the past quarter of a century have been recognised with this Honour. He has worked incredibly hard to drive the development of this charitable movement and support the many staff and volunteers in member Rivers Trusts. This work has benefitted so many people and rivers with his great wisdom, kind heart and inspirational leadership. Everyone who has been lucky enough to work with Arlin is in awe of his generosity of spirit, his immense knowledge, his great enthusiasm, inexhaustible energy and wicked sense of humour. He’s one of a kind and our rivers are very lucky to have had him fighting on their behalf for nearly 30 years.”

Arlin himself said: “I am both thrilled and humbled to receive this wonderful award. It’s testament to the high regard in which the Rivers Trust movement is now held and a tribute to the extraordinary work of our amazing team, volunteers and supporters. I am very grateful and incredibly proud of all that has been achieved.”

“From all at the Trust here in the Westcountry, congratulations – an honour most deserved.” 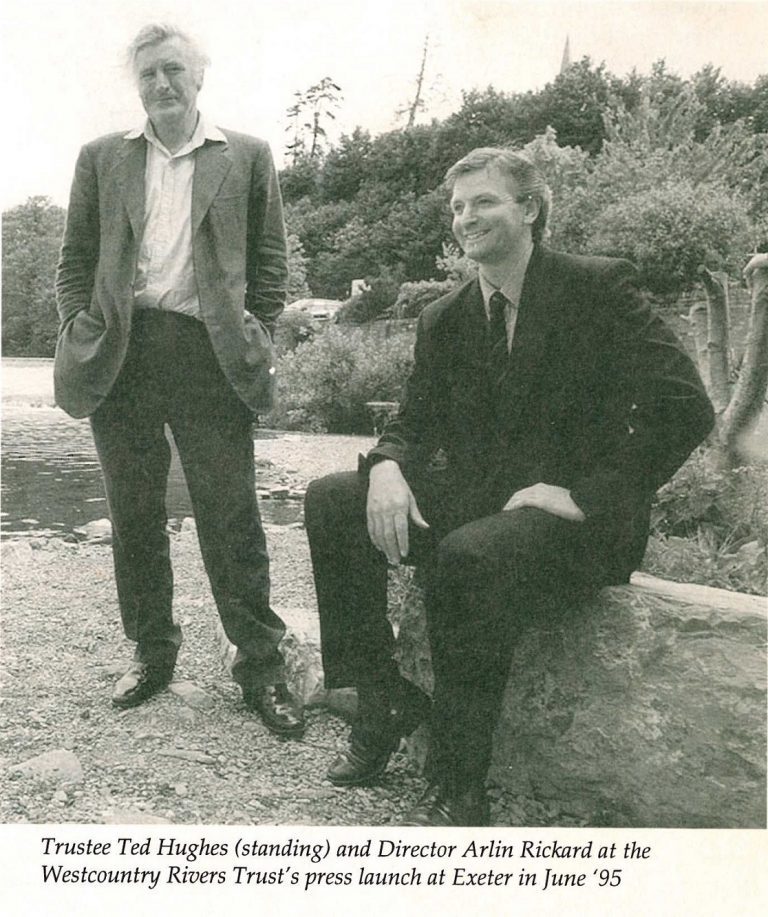 Meet the people that make it happen